Amy Klobuchar, US Senator from Minnesota, was first elected to the US Senate in 2006 and was reelected in 2012 and 2018 .  Klobuchar  announced her run for President on February 10, 2019. (For debate info, visit our home page.) 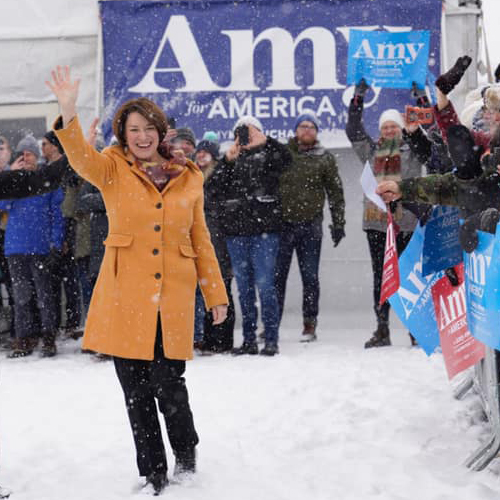