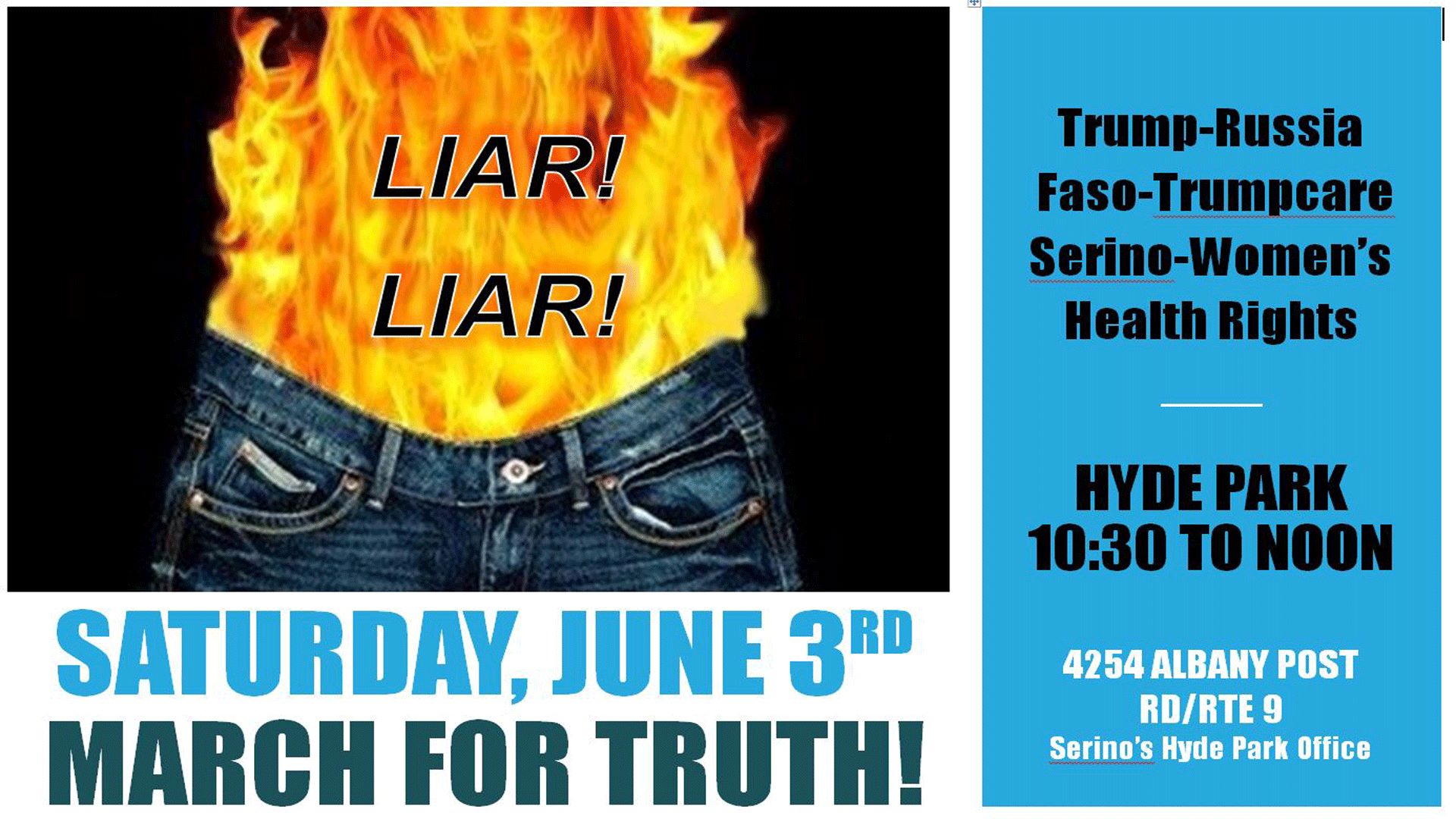 ENOUGH. NO MORE LIES OR LIES OF OMISSION!

We are demanding accountability from our elected officials and are keeping up the pressure! . Jon us as we March for Truth, part of the nationwide event, in front of NYS Senator Sue Serino’s office in Hyde Park– also in Rep. John Faso’s district. Hosted by Where’s Sue Serino?