Tulsi Gabbard, was first elected in 2012 as the US Representative for Hawaii's 2nd congressional district. She announced her campaign on January 11, 2019. 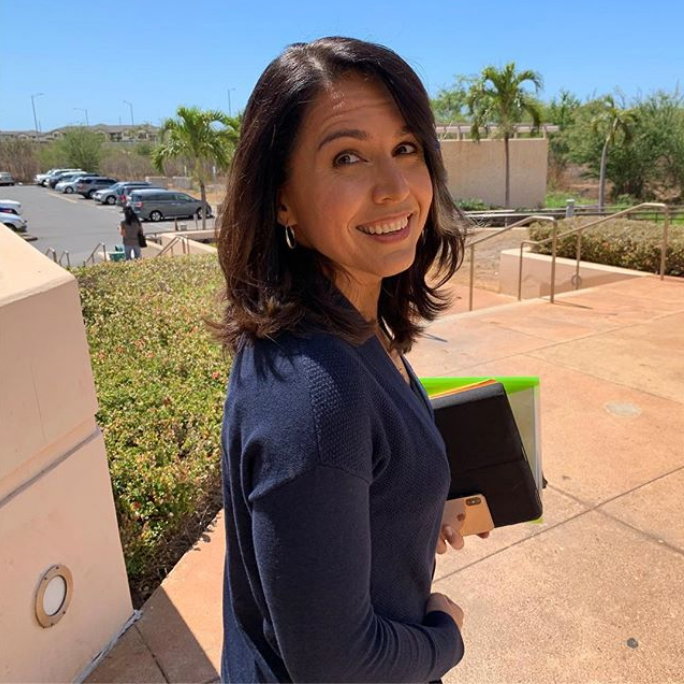