Not My President's Day Rally in NYC

Posted by Philipstown Democrats 343.20pc on

Info from the organizers at facebook.com/notmypresidentsday: 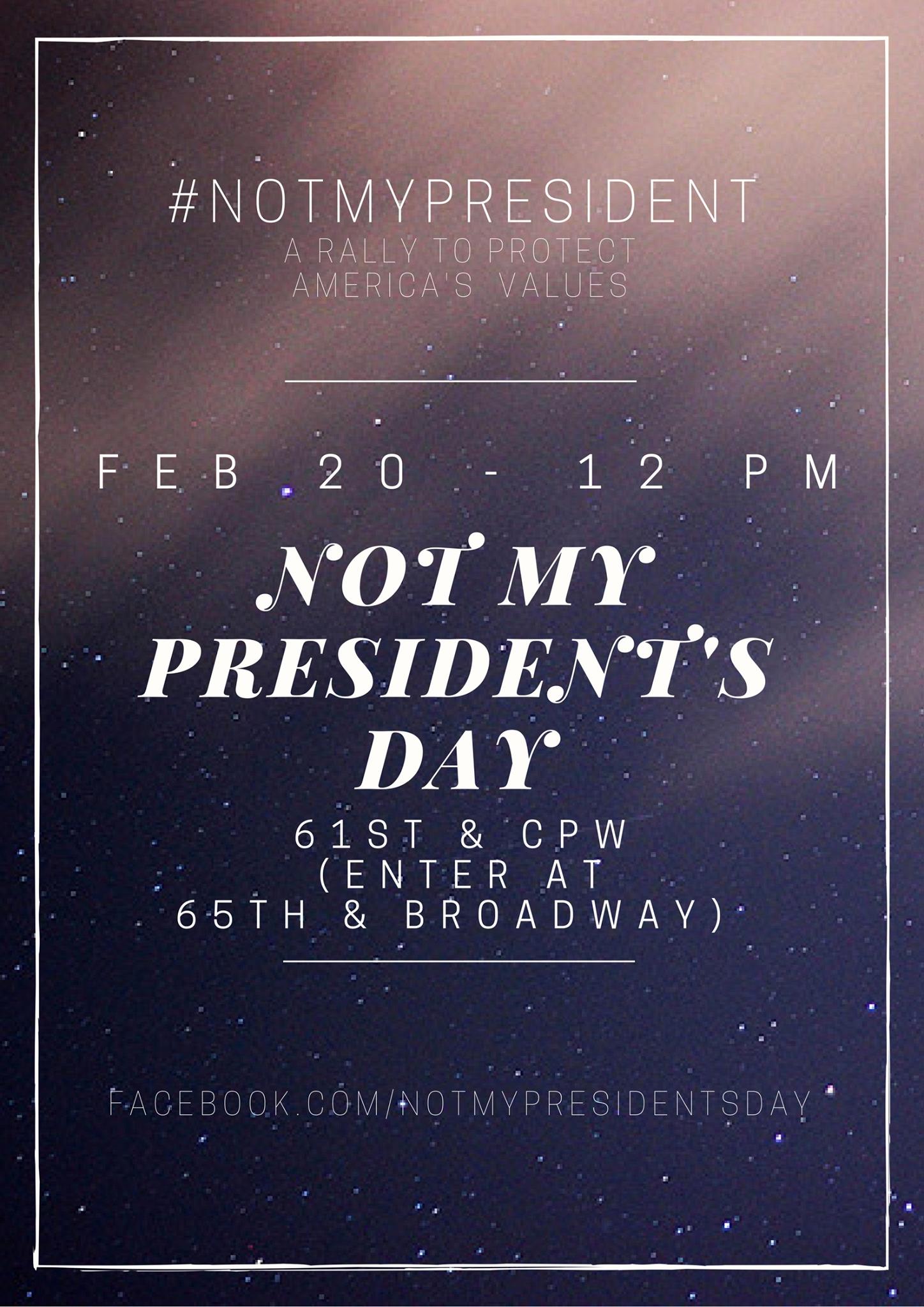 Donald Trump is literally our President, but figuratively, he has attacked every value New Yorkers embody and does not represent our interests. We will be staging a rally at Columbus Circle to protest the un-American policies of the current White House:

Donald Trump stands against the progress we have worked hard to enact. He does not represent our interests. He was voted in by a minority of the American public but governs as if there's no resistance. But there is -- and on February 20th, we will honor previous presidents by exercising our constitutional right to assemble and peacefully protest everything Donald Trump stands for.

There is a congressional recess on February 20th that aligns with President's Day. Let's rally while our federal representatives are back in town and remind them who they represent.

This is a peaceful demonstration. It is a rally, not a march.
Location: Trump International Hotel - 61st St & Central Park West.
Time: 12pm - 4pm

WE HAVE OBTAINED A PERMIT FOR THIS PEACEFUL RALLY.

On Monday, please plan to arrive around 12 p.m. The best way to get to the rally site is public transportation. The 59th Street-Columbus Circle, 66th Street, and 72nd Street stations are all good stops on the 1, 2, 3, A, C, and D lines (the B doesn't run on the weekend/holiday schedule). You'll be directed to the rally site from Broadway and W. 65th Street. Go east on W. 66th and then south on Central Park West. The NYPD has been very supportive and helpful as we've organized this rally, so please follow their guidance and directions. Once we fill in CPW to W. 64th Street, the police will close W. 65th and bring you in from W. 68th Street.

Please leave large bags and backpacks at home. All signs and banners should be made from soft materials without sticks or poles. We want to keep everyone safe.

While there will be some speakers and performers, we realize the size of the crowd will make it difficult to hear the speakers, but that's OK. We're counting on your energy to make this peaceful demonstration loud and effective. Make yourself heard!