Resistance is Patriotic: Tell the NRA to Stop Their Anti-Democratic Rhetoric 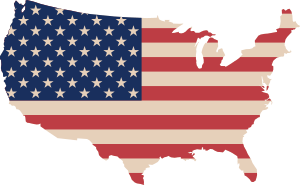 In a chilling, shameful misrepresentation of the #resistance, the NRA has gone a step too far in their newest video ad that barely stops short of promoting violence.  As we are reminded by Vox, the NRA "has a very long history of using apocalyptic, paranoid rhetoric about the collapse of American society in order to sell people on the notion that they need to act now to preserve their gun rights."

They seem to have forgotten that protest is a form of patriotism, and that Americans have the right to free speech.  The Women’s March has penned an open letter to NRA Executive Vice President and CEO Wayne LaPierre, which states in part, "Mr. LaPierre, before the Second Amendment was the First Amendment. The advertisement released by the NRA is a direct attack on people of color, progressives and anyone who exercises their First Amendment right to protest. At a time when our nation is seeing a rise in racially charged incidents and violence motivated by hate speech, it is unconscionable for a powerful organization like yours to unashamedly peddle an "us versus them" narrative. You are calling for our grassroots, nonviolent resistance movement to be met with violence." (Read more.)

The NRA needs to hear from all us, we the people, that provocative propaganda like this is not only unacceptable, it is downright dangerous. Tell them at https://contact.nra.org/contact-us.aspx.