Jay Inslee is in his second term as Governor of the state of Washington.  He announced his run for President on March 1, 2019. (For debate info, visit our home page.) 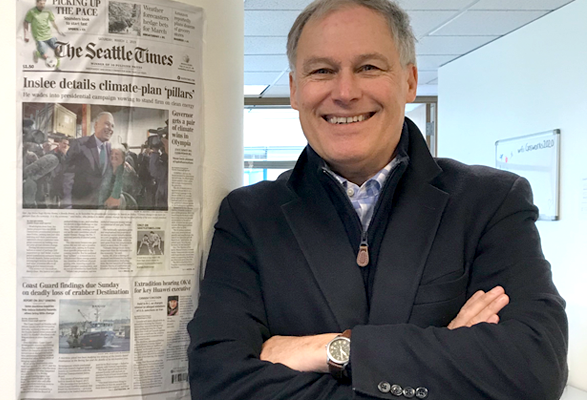