May Day Rally in Danbury CT

Standing together for the rights of workers, immigrants, and all people. 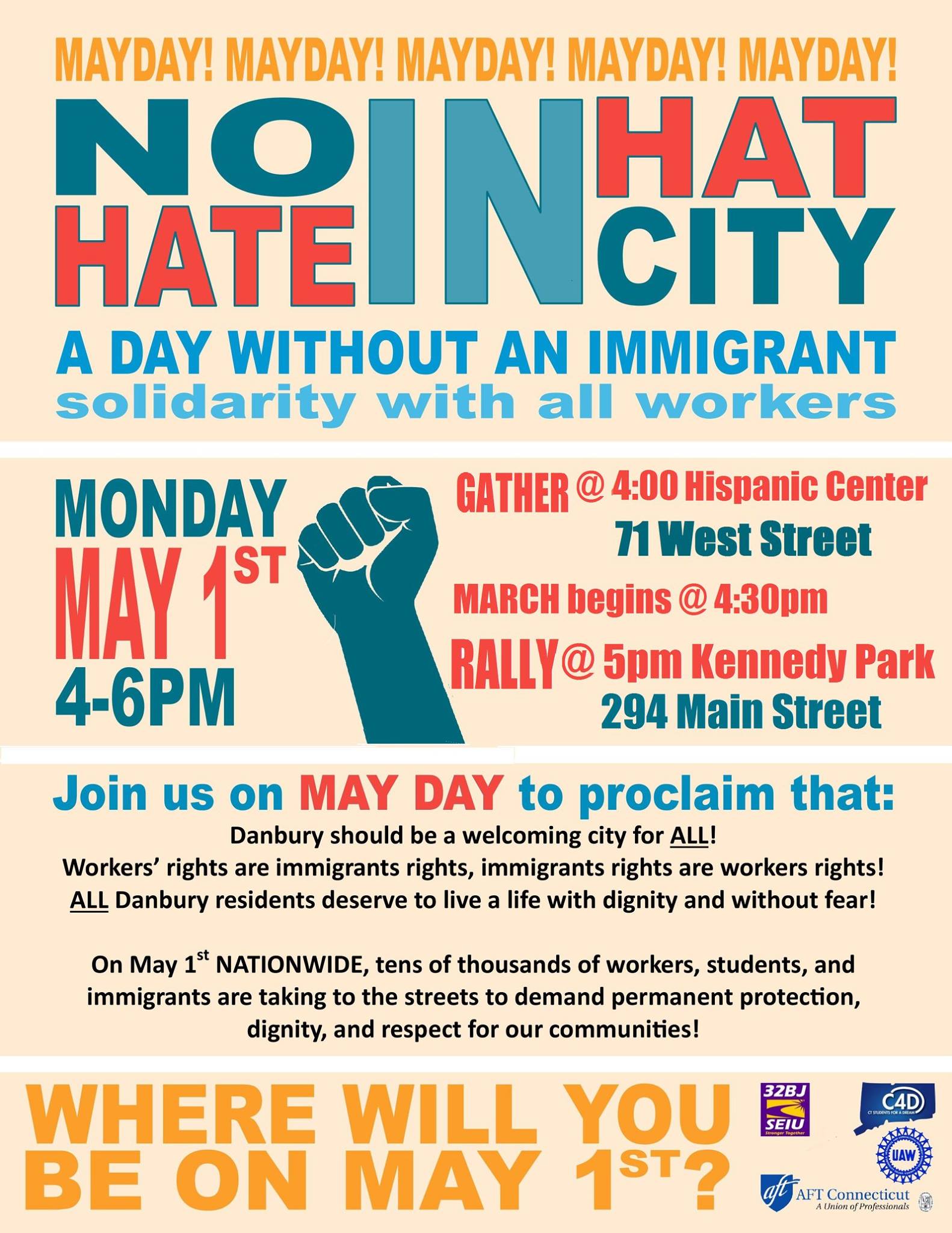 May 1st or May Day (International Worker’s Day) emerged out of the fight for an eight-hour workday in 1886 in Chicago. In recent years, May Day has become an important day of action for immigrant rights. In 2006, hundreds of thousands of immigrants and allies marched in cities around the country to push back against criminalization and to demand fair immigration policies. The 2006 May Day rallies marked a powerful surge in the growing political power of immigrant communities, and were accompanied by boycotts, walkouts and and other forms of protest to highlight the vital roles of immigrants in the U.S.