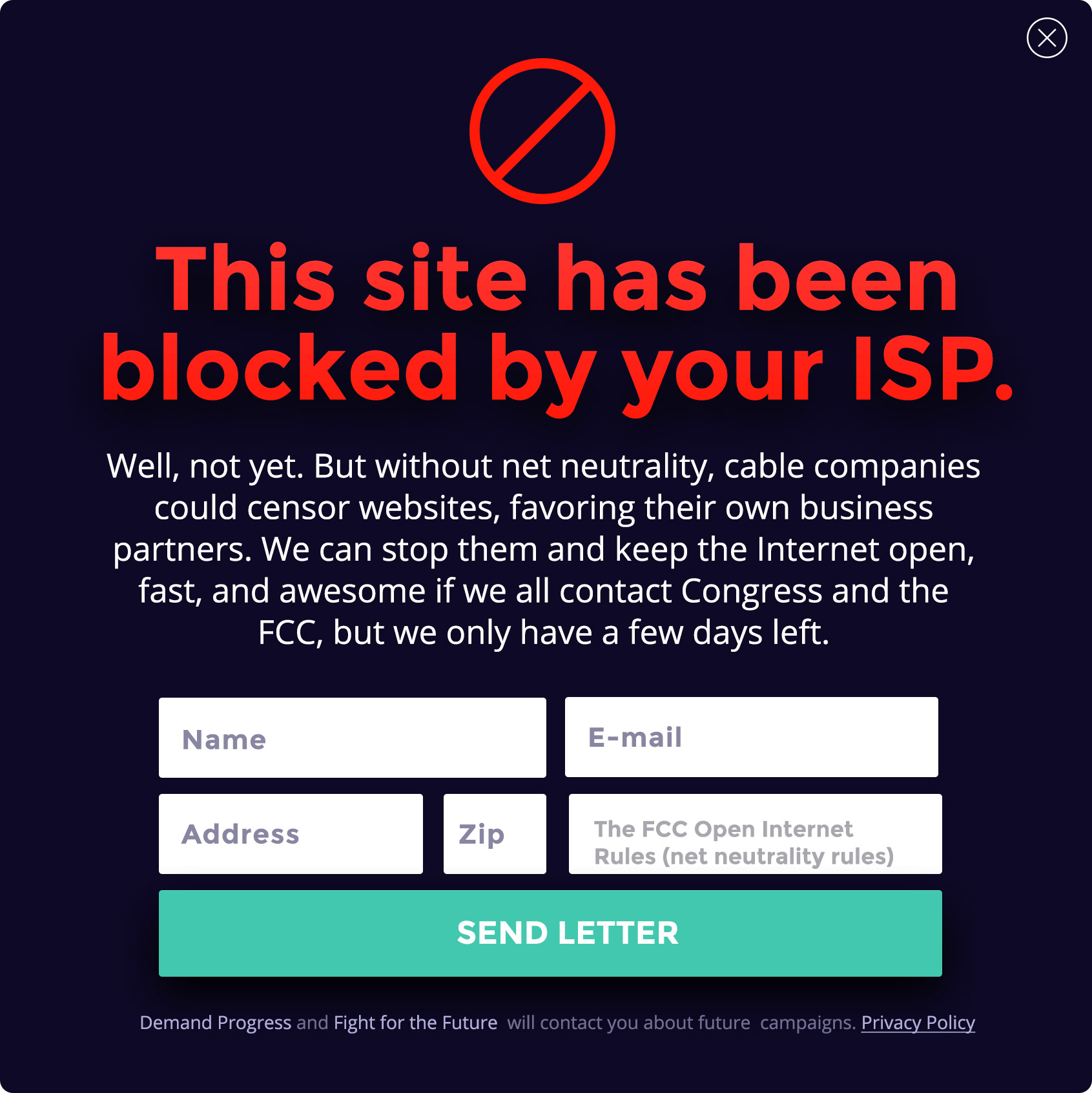 On July 12th, over 160 websites, including The Nation, Greenpeace, Amazon, Etsy, OFA, Rock The Vote, ACLU, Kickstarter, Netflix, Reddit, and Twitter, will be participating in the Internet-Wide Day of Action to fight back against the FCC's attack on net neutrality. If you have a web page, you can participate by embedding one of the sample alert modals (below) into the header.

In the meantime, you can also use Battle For the Net to send a letter to the FCC and share your thoughts on net neutrality with Chairman Pai.