Support the Right to Bare Arms! Thank Rep. Jackie Speier for Standing Up.

In what seemed like a throwback to an earlier era, female reporters were escorted out of a chamber in the House of Representatives earlier this week for wearing sleeveless dresses and open-toed shoes…  As reported in Vanity Fair, "

Female lawmakers began these efforts after a reporter was banned from entering the Speaker’s Lobby last week for wearing a sleeveless dress. The rules, which are enforced only on the House side of the Capitol, are not new—but after the incident last week, Speaker Paul Ryan released an announcement reiterating the dress code, per CBS:

“Members should periodically rededicate themselves to the core principles of proper parliamentary practice that are so essential to maintaining order and deliberacy here in the House.”

Speier and her colleagues took to the Capitol—and to Twitter—to make their opinions heard. On Thursday, Speier released a flyer via Twitter urging other female lawmakers to wear sleeveless dresses this Friday, and to take a photo in their sleeveless finery together Friday afternoon."

So on Friday, congresswomen stood up for their "right to bare arms," by wearing sleeveless dresses and open-toed shoes. It was the whimsical idea of Congresswoman Jackie Speier of California, who was tired of seeing women being told what to wear.”  (Read more.) 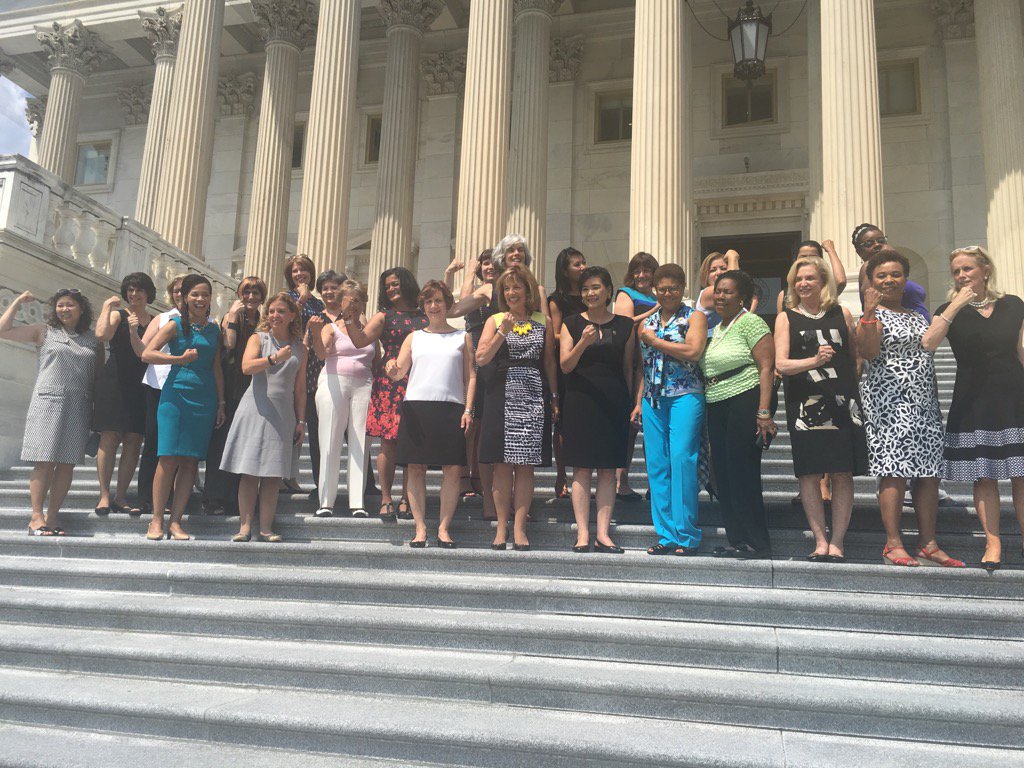 Let’s take some time to thank Rep. Speier for coordinating this effort: