On Tuesday, the President said that he didn't think people cared much about the Dakota Access Pipeline, and that he "hadn't received one call about it". 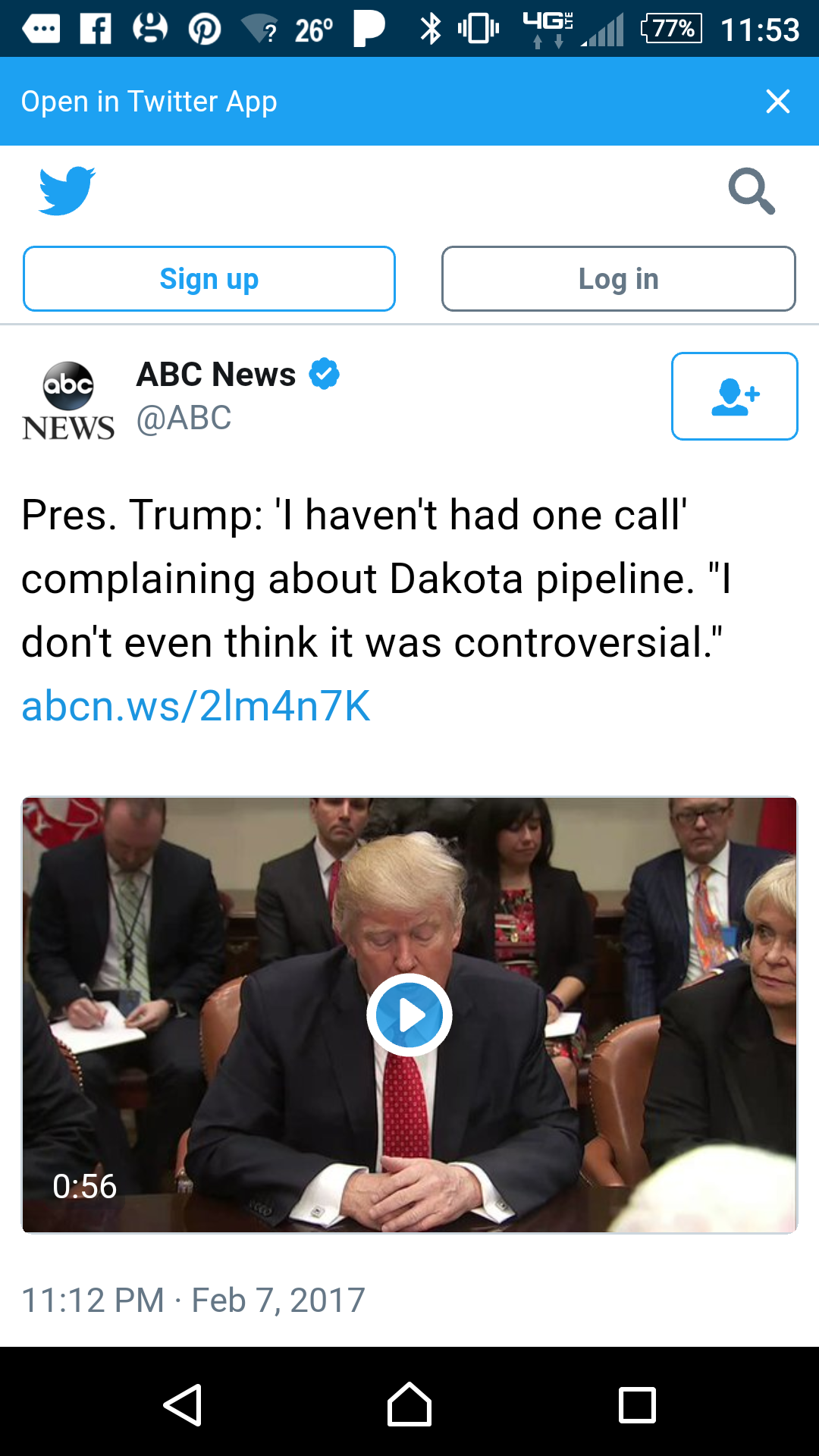 Since we’re not sure the White House switchboard is back up and running but we are sure he checks Twitter all day, click here to tell Trump that the Dakota Access Pipeline isn’t just controversial: It’s unacceptable.

If you want to join a rally, they are going on all over the country, every day - find one on the #NoDAPL Action Hub.

For months, water protectors and the Standing Rock Sioux Tribe have been using the internet to organize against the pipeline’s construction — propelling an issue that the media largely ignored to national attention. Their activism prompted the Obama administration to halt the project without further review. Read more...

But one of Trump’s first orders as president was to issue a memo expediting the pipeline, and subsequently the Army Corps of Engineers announced that it will grant the final permit, skipping both the environmental impact assessment the Obama administration ordered and the legally required congressional notification period. Read more...

Although Trump sold his stake in one of the pipeline companies, Energy Transfer Partners,  "he has been the recipient of generous political contributions from Energy Transfer chief executive Kelcy Warren. Warren this year has made $1.53 million in campaign contributions to super PACs and $252,300 to individual campaigns and the GOP, according to the Center for Responsive Politics. In June 2015, he gave $5 million to Opportunity and Freedom PAC, which supported Rick Perry’s presidential campaign. The Trump Victory Fund, a joint fundraising committee that includes Trump’s campaign, the Republican National Committee and some state parties, received a $100,000 contribution from Warren on June 29." (Washington Post)

Here's a list of banks that are invested in the Dakota Access Pipeline.  If yours is one of them, consider a switch.