Learn About Our Voting Rights

On this snowy day, take the opportunity to increase your knowledge of the importance of voting rights.

If we lose the ability to vote and have our votes counted accurately, we lose our ability to preserve our democracy.

On Tuesday night, Senator Warren announced via Twitter that Senate Democrats would be speaking through the night in opposition to Senator Jeff Sessions' nomination for Attorney General.

As reported in The Washington Post, Senator Warren attempted to read this letter from Coretta Scott King into the record, and was stopped by Senate Majority Leader Mitch McConnell (R-Ky.), who "said that she had breached Senate rules by reading past statements against Sessions from figures such as the late senator Edward M. Kennedy (D-Mass.) and the late Coretta Scott King....The Senate voted, 49 to 43, strictly on party lines, to uphold the ruling that Warren violated Rule 19 of the Senate that says senators are not allowed to “directly or indirectly, by any form of words impute to another Senator or to other Senators any conduct or motive unworthy or unbecoming a Senator.” Pursuant to that rule, Warren was ordered to sit down and forbidden from speaking during the remainder of the debate on the nomination of Sessions."

Whether you've already called 25 times or not, please call our Senators, Chuck Schumer (office locations here) and Kirsten Gillibrand (office locations here), who are pledged to vote NO and tell them THANK YOU and tell them you support their action against Sessions' nomination.  You could even ask them to attempt to read Mrs. King's letter into the record, if that's still possible by the time you call. Consider sending a copy of Mrs. King's letter to those GOP Senators who are supporting Sessions.

Attend the February Meeting of the Putnam County Legislature 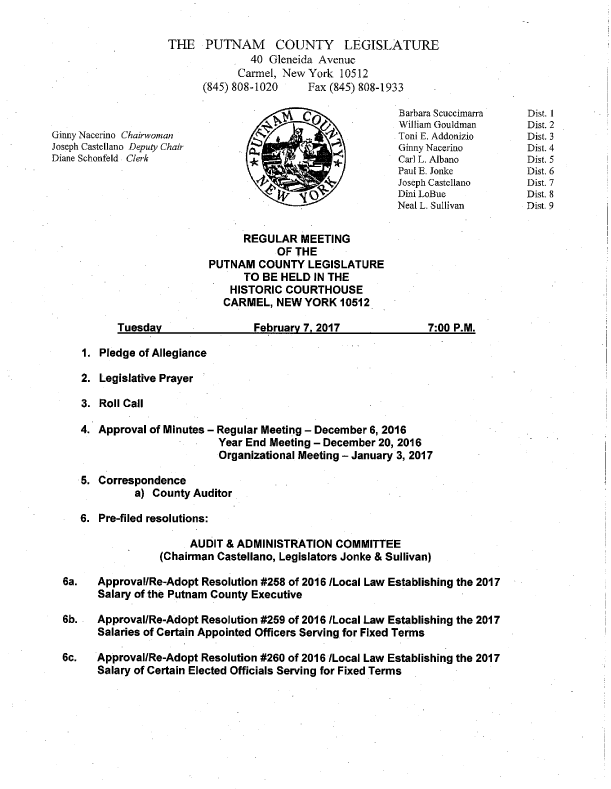 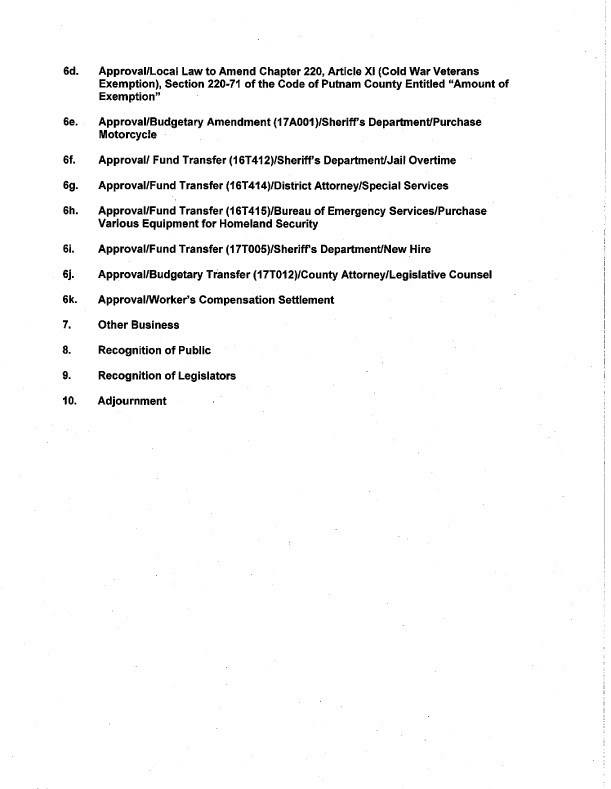 If you don’t have Twitter, get it! You’ll need it for the resistance.

Once you've joined, then mosey on over to “Tweet Sheet Tuesdays”, a group where folks can all simultaneously post prepared tweets on Tuesdays at noon Eastern. It's great, and it's SO EASY.

On Tuesday Jan 31st, this group posted a tweet about the EPA, and next Tuesday, Feb 7th, all will be tweeting to Senate Democrats encouraging them to resist the Trump agenda.  Take a look at the group Facebook page and the Tweet Sheet now. 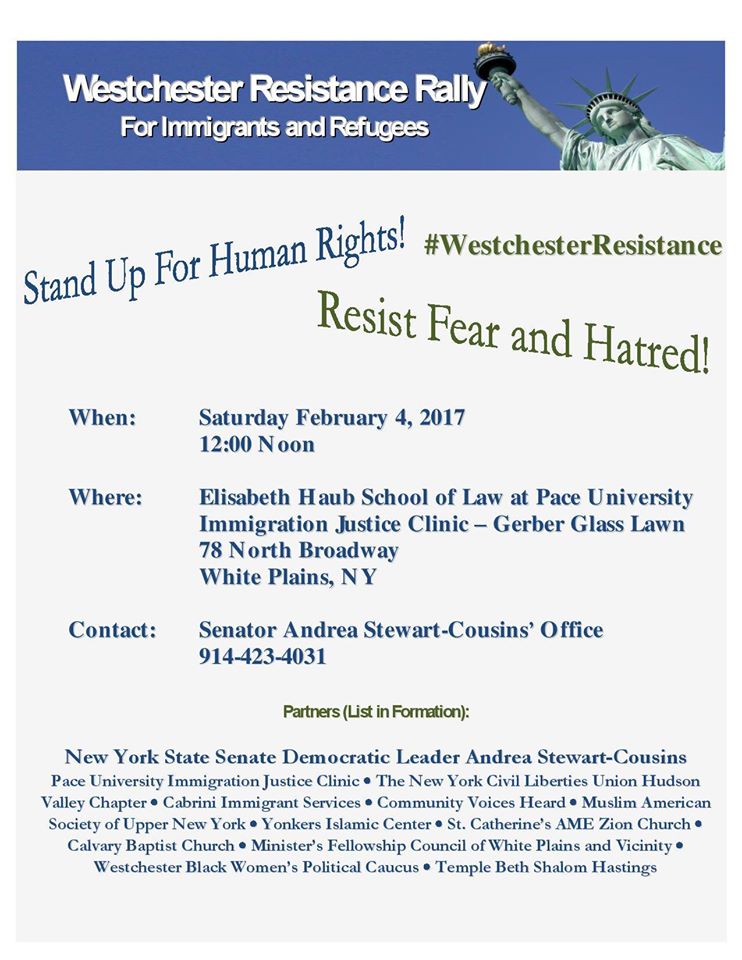 Oppose the Appointment of Steve Bannon to the National Security Council

Several options to oppose Bannon's dangerous influence in our government.

Tell Advertisers What You Think

Today's action is an easy and fun one - hit sites like Breitbart News, Drudge Report, where it hurts the most - their bank accounts.

How? By urging companies whose ads appear on those sites to pull them! Most of these companies place their ads via an ad network and have no idea where they show up. So we let them know and if enough of us speak up, the company will probably bow to public pressure and pull their ads which means less revenue for the hate-mongering, fake news sites...
You can do this the easy way -- go to adstrike.us and use the tools and screenshots they've set up which makes it super easy. You can always edit the text of the tweet or Facebook post before you share it.

Or you can do this on your own (the hard way) if you want to - here's how:

1. Go to the fake news site of your choice and scroll around until you find an ad that looks out of place (I would not bother trying to get a gun company to remove their ad, for example.)

2. Take a screenshot/screen capture of the ad on the page next to some of the page content.

3. Then tweet at the company or post on Facebook or send them an email via their customer support email address with a polite, non-offensive message letting them know where their ad is showing up and urging them to pull it. Make sure to include the screenshot with your tweet/post/message.

4. Tag Sleeping Giants in your tweet or post so they know about it (this was their great idea!) Here's Sleeping giants' Twitter handle and here's their Facebook page. If you have space left (for Tweets, that is), add the hashtag #defundhate

Please call your senators and representative today to oppose repealing the ACA without a replacement and to oppose any cuts or restructuring of Medicaid. The call-in number is 866-426-2631 (Thanks to SEIU for providing the toll-free call-in number; those who call will hear a brief overview of the issues and will be asked to enter their zip code before being transferred to their members of Congress.)

Learn more about the Cassidy-Collins replacement bill, and why it is a "totally inadequate substitute for the ACA".

Ordinarily, today would have been a day for making calls to Senators Gillibrand and Schumer to oppose the #SwampCabinet. These efforts have been successful, and both NY Senators have vowed not to confirm any of the rest of Trump's cabinet nominees.

Persuading Members of Congress is not the only thing all-of-us can do to fight the Muslim Ban. (adapted from the Wall-of-Us blog)

Having trouble keeping track of everything coming out of Washington these days?  So are we!  Fortunately, the New York Times has created a useful tool, a Trump Tracker, to help us all stay up to date on executive orders and memoranda.

You'll want to bookmark the page, as it will be updated on a regular basis.

In case you've also been wondering about where in the process certain cabinet nominees have landed, the Times is also maintaining a handy online guide.

The American Civil Liberties Union (ACLU) is a nonpartisan, non-profit organization whose stated mission is "to defend and preserve the individual rights and liberties guaranteed to every person in this country by the Constitution and laws of the United States."  It works through litigation, lobbying, and community empowerment.

We need the ACLU now more than ever.

Support the ACLU.  Make a donation today at:

Call (202-418-1000) or email (ajit.pai@fcc.gov) the new FCC Commissioner, Ajit Pai, and tell him that you support Net Neutrality and that you expect him to support it too.

"The net-neutrality debate is about whether one class of private entities, ISPs, should be regulated in order to allow millions of other private entities, users and businesses operating online, to operate freely. Pretty much everyone agrees that they should — except for the ISPs … and Ajit Pai. Pai even wrote a 67-page(!) dissent when the order was adopted. Even Google and Facebook support the principle, in part because they often buy up the smaller startups that flourish on an unfettered internet. Imagine an internet where, rather than buying Instagram for $1 billion, Facebook instead paid for a fast lane and forced Instagram out by other means."

Make your voice heard and keep the Internet a level playing field for everyone. Contact Commissioner Pai now.
Read more

The Putnam County Legislature holds a full meeting once a month, and its committees generally meet monthly as well.  The legislative calendar is at http://www.putnamcountyny.com/legi/legislative-calendar/. We will post meeting notices on our Take Action Calendar, and when available, include documents related to these meetings.

Tonight, January 26 at 6:30 pm is the Audit Committee meeting.
Here is the agenda for that meeting: 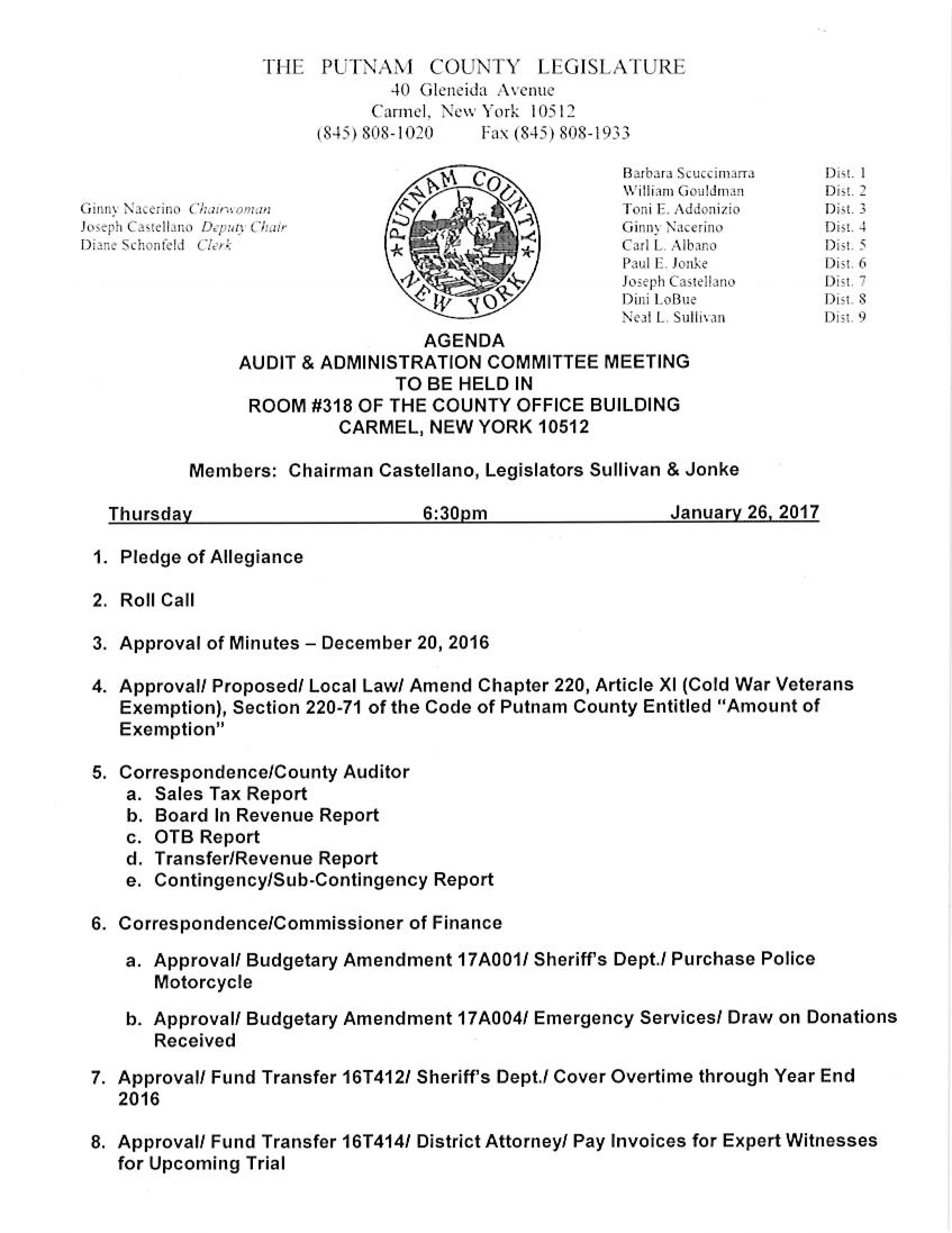 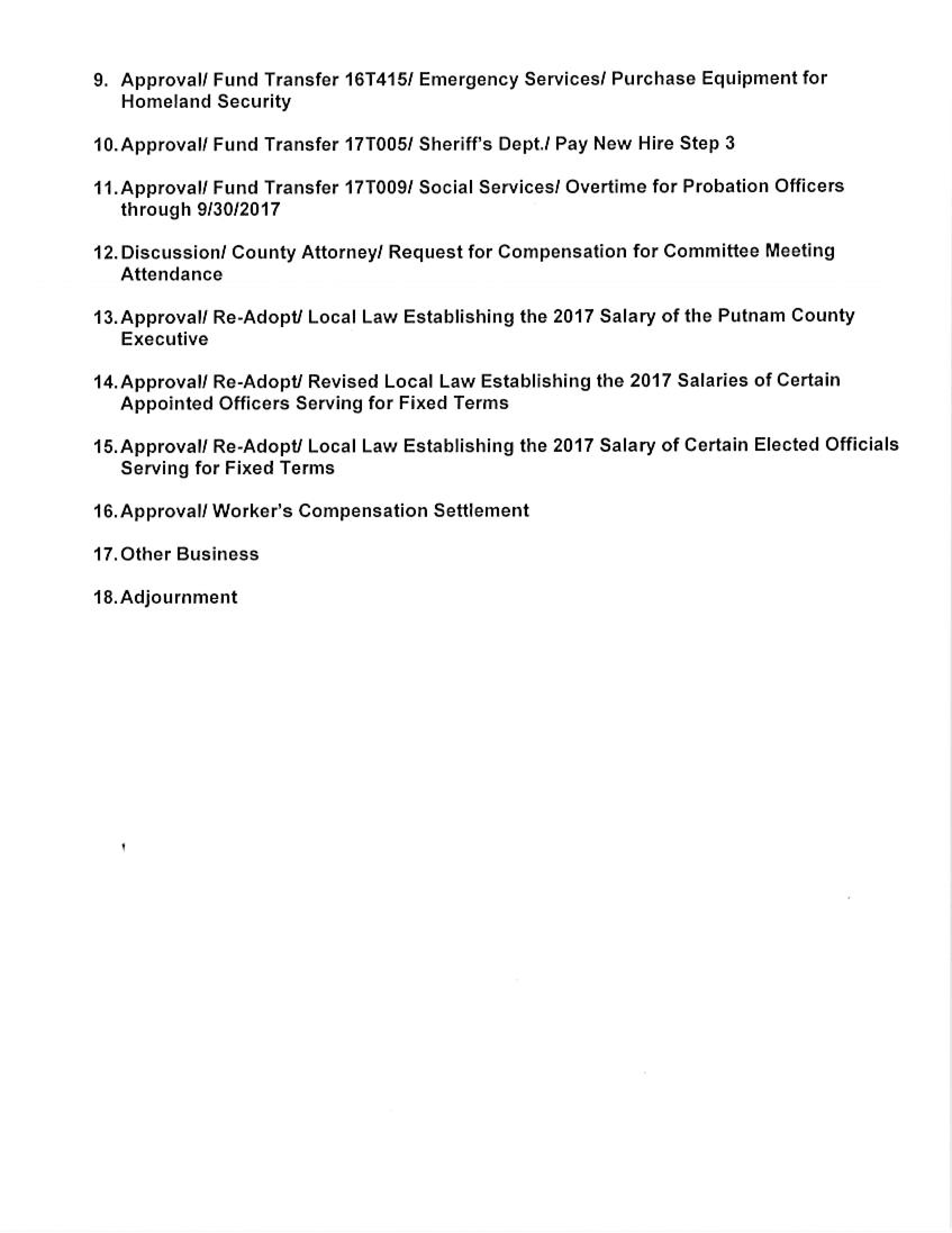