(Adapted from Wall of Us) 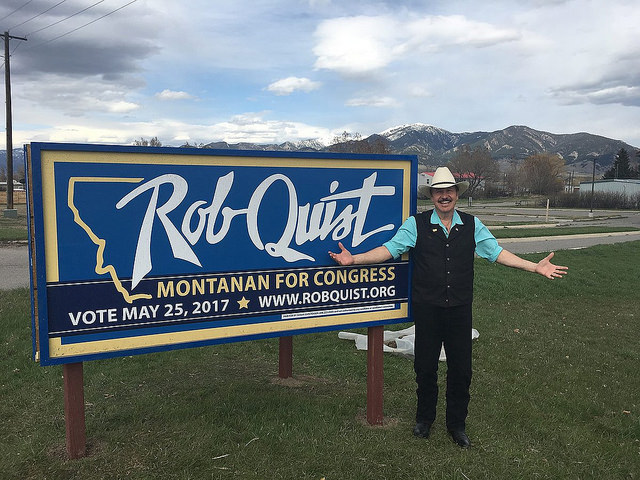 I’m in love with Montana. For other states I have admiration, respect, recognition, even some affection. But with Montana it is love. And it’s difficult to analyze love when you’re in it.

— John Steinbeck, Travels with Charley: In Search of America

In a special election on Wednesday, May 25, the Democrats hope to elect Rob Quist to fill the at large House seat vacated by Ryan Zinke, Trump’s Interior Secretary.  GOP outside groups have reputedly poured more than $2.5 million into his opponent’s campaign, an opponent who it turns out has ties to Russia. (Read more)

1. Watch this video by Robert Reich about the Montana special election, Quist, and his swampy competitor. (2 minutes)

2. Donate any amount to support the Quist campaign in their final push. (3 minutes)

3. Phone Bank for Quist with the Democracy for America Hubdialer. (15 minutes+)